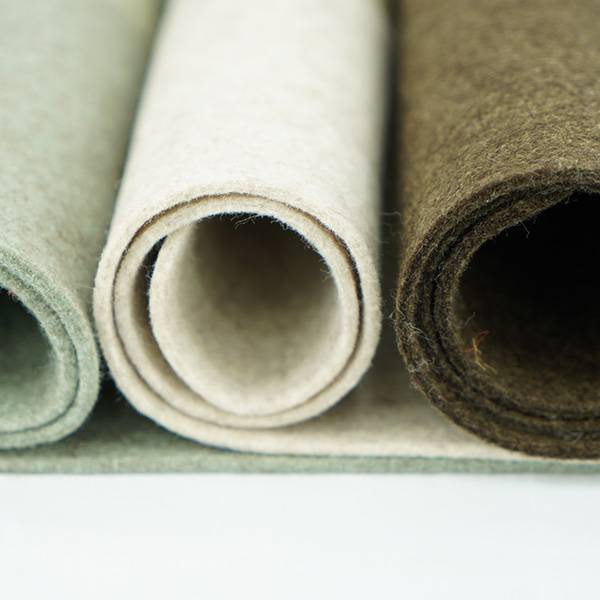 PLA fiber is a biodegradable fiber with natural circulation type, which is made from lactic acid from starch.The fiber does not use petroleum and other chemical raw materials, its waste in the soil and seawater in the action of microorganisms, can be broken down into carbon dioxide and water, will not pollute the earth's environment.Since the original material of the fiber is starch, the regeneration cycle of the fiber is short, about one to two years.Burning PLA fiber, with almost no nitric oxide, its heat of combustion is about one-third that of polyethylene and polypropylene.

3.Very easy to handle and lay, can be mechanised

Microbes break down faster.After decomposition, the material will be completely converted into water, methane, carbon dioxide and organic waste without any pollution to the environment.

Because the fibers break down only in landfills or microbial bodies of water, they are extremely durable as a clothing fabric.

2. Carbon reduction - Emissions of greenhouse gases produced during the manufacturing of PLA is lower than other plastics. In fact, the net greenhouse gas emission of the overall PLA production process could even be considered negative. How is that possible you ask? Well, carbon dioxide is consumed during the growth of corn.

4. Thermoplastic – PLA is a thermoplastic, meaning when heated at its melting point of 150 to 160 degrees Celsius, it will turn into a liquid. This means it can be re-purposed, set to cool and reheated again to form other shapes without degradation. This makes PLA a desirable material for recycling.

5. No toxic fumes or pollution – PLA doesn’t release any toxic fumes when oxygenated and has therefore become a very popular material for packaging pharmaceutical and chemical products as well as food and drink. Why? It’s extremely important that highly sensitive goods aren’t contaminated during storage and transit in order to protect both handlers and the end user.

On top of this, PLA is fully degraded into carbon dioxide and water through composting, meaning no toxins or harmful substances are produced and no pollution is released into the environment.

Write your message here and send it to us